Germany is traditionally one of the worldwide leading nations in canoeing and rowing – dragon boat is in no way inferior to these sports.
For the premier open class a new team is formed for the EC 2014 and WC 2015, consisting of experienced and many young athletes . They were put together after performance reviews and sightings. Many of them were already successful at the last EC and WC.

The common goal for the next 2 seasons is clear: mission title defense. These Drachenbootmänner accept the challenge. The following athletes have qualified for season 2014. 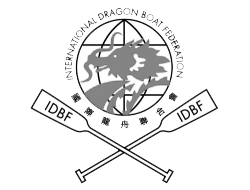